March 8 is International Women’s Day. The theme for this year is Choose to Challenge. There are still many male dominated industries/places of work and science is no exception. As an organisation that supports women through their cancer experience, Counterpart would like to take this opportunity to say a massive thank you to women in science and in particular cancer research.

We appreciate all work carried out in this area regardless of gender, but we recognise that it can be difficult for women to make their mark in this industry. According to the Department of Industry, Science, Energy and Resources women in STEMM (Science, Technology, Engineering and Mathematics) continue to be paid less than men in these industries and only 14.5% of STEMM professors are women. For more stats like this visit women in stem at a glance.

The women mentioned below are a wonderful representation of what is possible when women do enter the field of science and the positive impacts women can have in cancer research.

Dharmica Mistry is a Microbiologist and co-founder of Breast Cancer Associated Lipids (BCAL) Diagnostics. Whilst researching the relationship between breast cancer and hair, Dharmica uncovered that certain lipids were linked to breast cancer. The aim was to then separate and identify these lipids in a blood test as an affordable, non-invasive and accurate way of detecting breast cancer. The outcome of this work is very promising as the Breast Cancer Associated Lipids tests have an accuracy of 90%, a rate that is higher than other methods currently available.

In 2009 Tasmanian scientist Elizabeth Blackburn was the first Australian woman to win a Nobel Prize for Physiology or Medicine.  Her work in research began long before though. In 1984, Elizabeth and co-scientist Carol Greider discovered the telomerase, the protective cap at the ends of eukaryotic chromosomes that prevent it from damage— a discovery that has significantly impacted cancer research.

A/Professor Misty Jenkins is the laboratory head in the Immunology department at the Walter Eliza Hall Institute. She has received 15 awards for her work including the L’Oreal for Women in Science Fellowship for Australia (2013).  A/Professor Jenkins has a history in cytotoxic lymphocyte biology and has spent the past ten years investigating how killer lymphocytes acquire the ability to kill cancer cells.

Professor Christina Mitchell trained as a physician scientist specialising in clinical haematology. She has published over 100 papers and received many awards including an Order of Australia for distinguished service to medicine in the field of haematology, to medical education and research, and to academic leadership in 2019.

Professor Michell’s research area is the mechanisms of inhibition of PI3K signalling in cancer and developmental disease. Her group was among the first to locate, purify and clone important enzymes in cancer.

Dr Walsh has accumulated more than 25 years of technology leadership experience and was Victoria’s first Lead Scientist (2013-2016). She has been involved in blood cancer research and is currently the Vice President of the Fight Cancer Foundation.

As a strong advocate for women in STEMM, Dr Walsh was recently named the inaugural Ambassador for Women in STEMM Australia.

keep up to date on Counterpart news and events 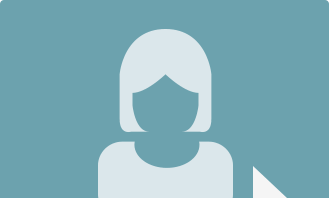 © Copyright 2021 by Counterpart. A service of Women's Health Victoria.
Counterpart is supported by the Victorian Government.
Privacy Policy I Disclaimer